The living evidence of this miracle is Mr. Arun Kumar Jain who resides in Delhi at B – 15/2 Krishna Nagar, Delhi – 51. His contact No. is 011-22436343, 09312305568, 09312275234, 09810101516.
In the year 1980 due to the effect of Cauda Equina Compression disease, Mr. Arun Kumar Jain’s one leg became weak & also its length got reduced. Thus due to difference in length of two legs he was not able to walk normally and he started using crutch. Due to tension he also became heart patient. Till 1994 he used crutches and doctors of Escorts Hospital, Delhi advised him for the operation of heart. In the month of August of year 1994 he saw a dream continuously for many days. He saw in dream Muktagiri in written and saw that he was walking without crutches on the hills of Muktagiri Teerth Kshetra. Therefore after this dream he decided that he should visit the Muktagiri Kshetra. One day he, his wife & his brother in law reached Muktagiri. At Muktagiri after walking 100 Yards he started feeling strength in his legs and he climbed the rest of hill without crutches. On the 26th temple he received the shower of saffron on his head. Probably this shower must be the blessings of Bhagwan. At the time descending he lost all the strength and again felt the need of crutches.
In the year 1995 he again saw such dream. He decided to visit Muktagiri again. This time he visited Muktagiri along with other 60 devotees. The heart operation up to this time was postponed. This time when he reached to Dharmshala of Muktagiri he felt the strength in his leg and there was no need for him to walk with crutches because now he was able to walk normally. At Muktagiri he sang three prayers devotionally and also danced while singing. This time also there was shower of saffron and when he looked above he saw a chariot of Dev, which was shining like diamond. But as soon as he reached the Dharmshala he realized that his strength of leg was again gone and so he again took the help of crutches. Like this in the year 1996 & 1997 he visited Muktagiri and offered his prayers.
In January 1998 he again saw the dream and then he decided to visit Muktagiri again. He got reservation for Muktagiri and when his son gave tickets in his hands he felt that a kind of power has flowed in whole body and he was surprised that all the weakness of his legs vanished away.
From that time onwards he is not using the crutches and not even taking any medicines or pills. The specialist doctors of heart & bones are quite surprised to see such instant recovery. Surely this is the miracle of Atishaya Kshetra Muktagiri. 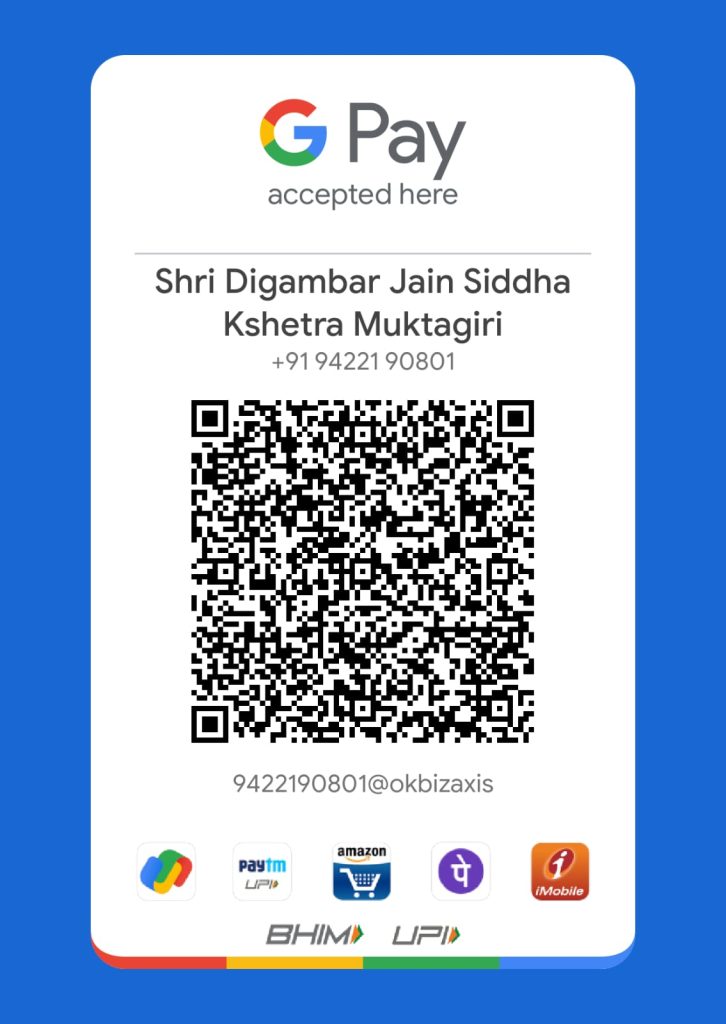